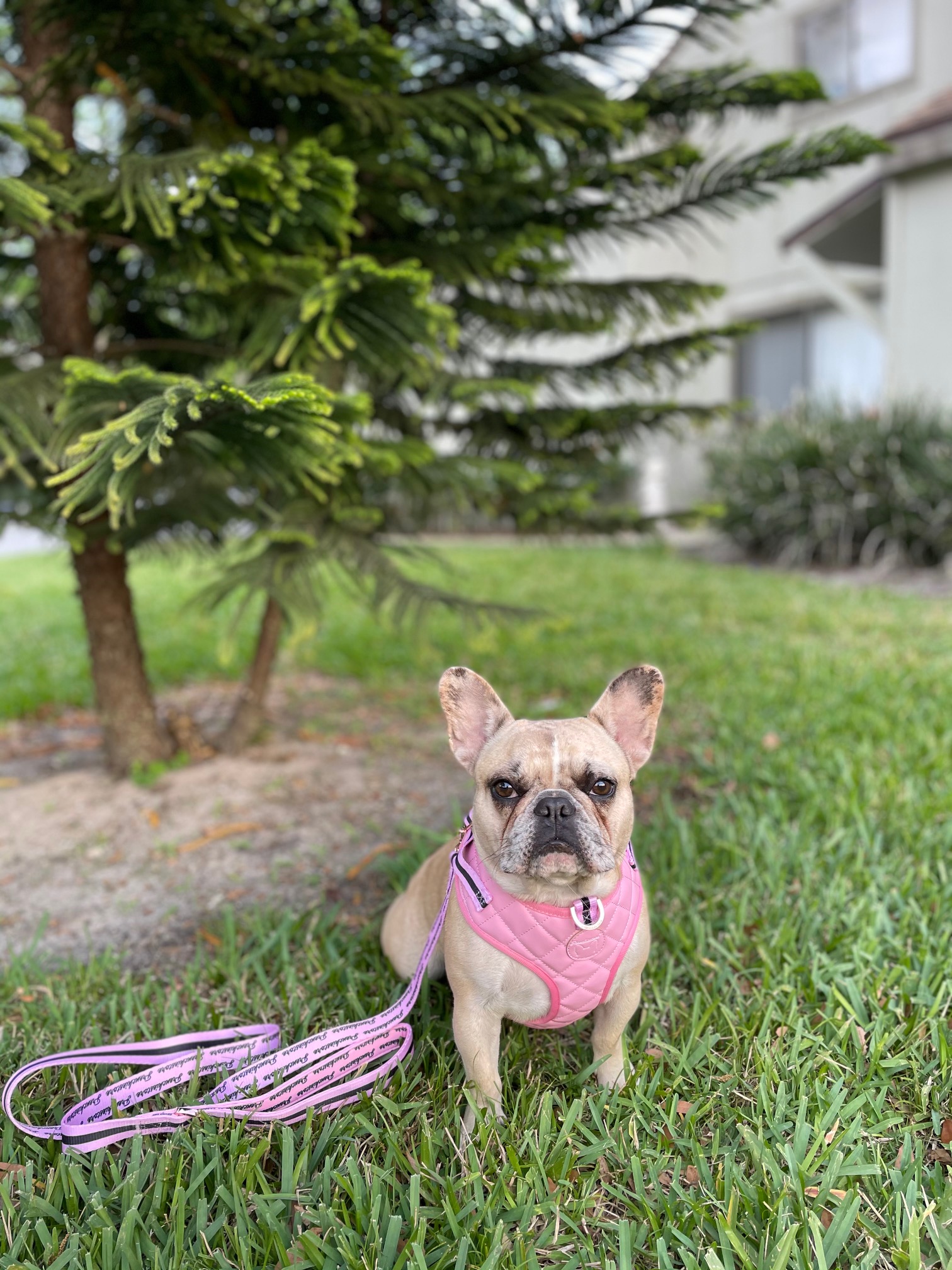 Back in November I wrote a blog post entitled “Frenchies are more like humans than you may think.” While dogs are indeed more like humans than some may believe, we must not forget that dogs are descendant from wolves and have retained many of the traits and characteristics of the wolf. So, what are these traits and characteristics that dogs continue to share with wolves?

Traits and Characteristics Dogs Have in Common with Wolves

Dogs (Canis lupus familiaris) and wolves (Canis lupus) are remarkably genetically similar. In fact, they share 98.8% of their DNA and can interbreed if allowed. Even though there are obvious physical differences between some breeds of dogs, such as the French Bulldog, and wolves, there are many similarities. Their overall body shape is similar, they all have four legs and paws and consequently walk similarly. They also have larger ears and teeth compared to many other species in the Kingdom Animalia. However, the similarities go well beyond the physical. Dogs still share the same body language displayed by their wolf ancestors such as postures indicating dominance, submission, or aggression. They both display territorial behaviors. Dogs and wolves alike have an extremely high prey drive and they both dig in attempts to discover whatever they smell in hopes that it may be their next meal. Have you ever seen your dog turn in several circles before finally laying down? This goes back to their ancestry as well. Wolves lay down leaves and walk around in circles on top of the leaves to pack them down making a bed to sleep in. A recent study has found that both dogs and wolves display a “showing behavior” when food is hidden and they cannot get to it themselves. They will “show” their human counterpart where the food is located so the human may acquire the food for them. And let us not forget their sense of smell. Both dogs and wolves have an innate sense of smell. They have a much better sense of smell than humans and can, in fact, pick up on scents that are miles away. In addition to these traits and characteristics, dogs and wolves life expectancies and gestation times are still remarkably close to each other. It has been said that the closer the genetic link to the common ancestor of the wolf, the more wolf-like tendencies the dog will have. See the cladogram below showing some of the closest dog breeds to the common ancestor between the grey wolf and the domestic dog. The French Bulldog would fall under the category of the red arrow stating “To all modern European and Asian breeds” and are likely far down the evolutionary chain from their ancient wolf common ancestor.

Traits and Characteristics that Differ in Dogs vs Wolves

You probably already know the main difference between dogs and wolves is that dogs are domesticated and come in a wide variety of sizes, shapes, and colors. What may not be as obvious is that dogs have been bred to retain their puppy-like qualities that us humans know and love. Dogs, through artificial selection, are less fearful than wolves and more playful than wolves. Dogs are aware of human gestures and learn quickly to understand their meaning. I also would not imagine that wolves would take too kindly to being dressed up the way we dress up our precious French Bulldogs. We have also artificially selected for dogs who sexually mature at a younger age. While wolves do not mature sexually until 2-3 years of age, dogs typically mature sexually before the age of one. Dogs have more heat cycles than wolves so they may produce young more often. Finally, dogs can digest a wider variety of foods than their wolf counterparts which was likely a natural selection since dogs have been eating along side us for a very long time.

The diversity we see in dogs is evidence that they have come a long way since the days of their wolf ancestors. Even so, we must respect the wolf in them and understand that although they may have human-like tendencies, they still very much have some of their wolf-like traits and characteristics.

Satisfy the Wolf in Your Dog With these Blue Buffalo Salmon Treats!