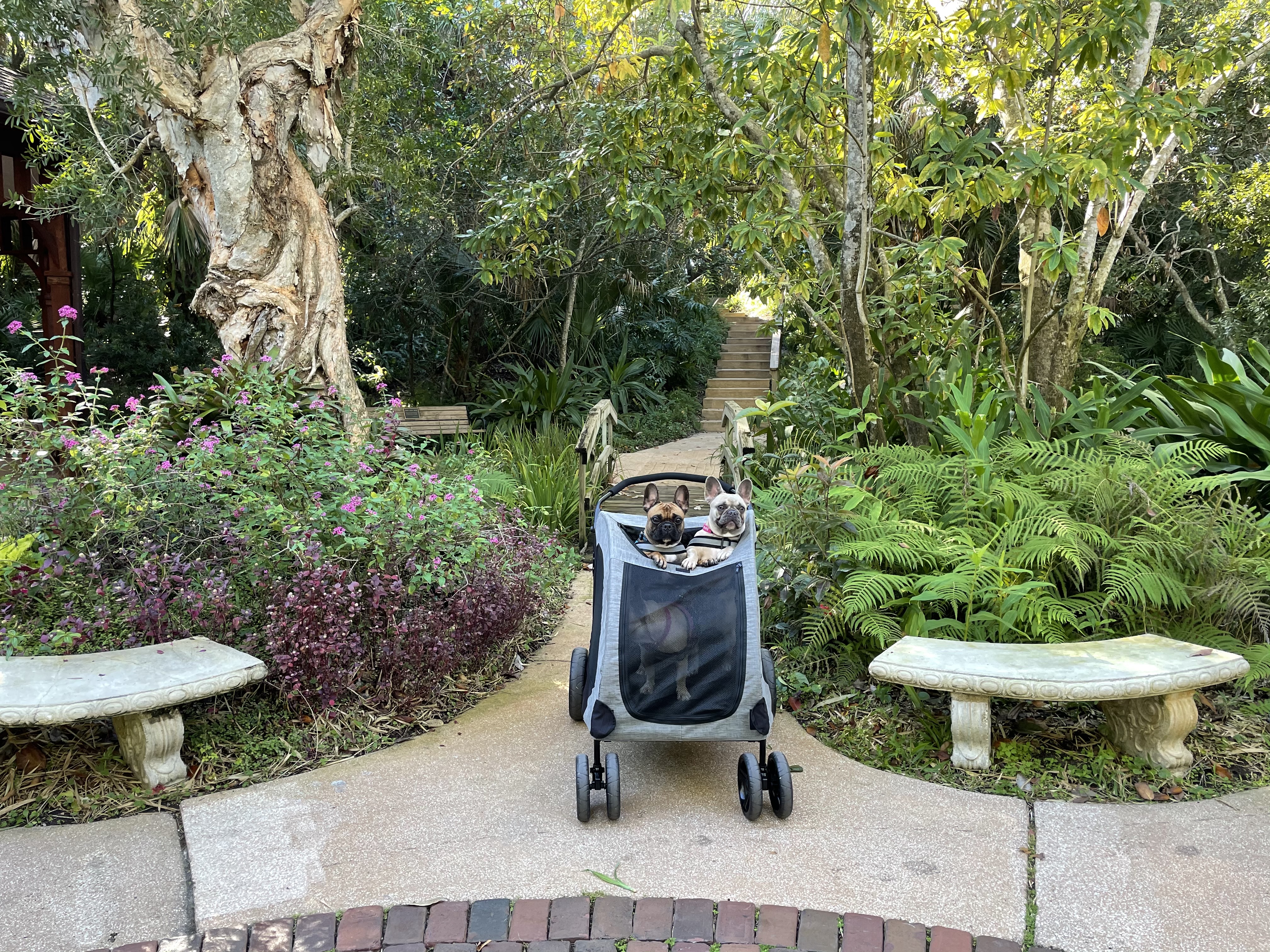 You may have heard that French Bulldogs come with a wide array of health issues. While you can never guarantee a puppy will not have health issues, there are things you can look for to lessen the likelihood of your frenchie puppy ending up with these problems. First, let us review some of the common health issues with French Bulldogs.

Cherry Eye: Dogs have what is called a nictitans gland, which is also referred to as the “third eyelid gland”, in the corner of their eyes. This gland can become red and swollen and is extremely easy to observe in this condition.

Eye Ulcers: Corneal ulcers are also common in French Bulldogs and are commonly caused by trauma to the eyes. Some of the signs of these ulcers are squinting, watery eyes, swelling of the eye, discharges around the eye, and difficulty opening the eye.

Congenital vertebral anomalies: Hemivertebrae are bones of the spine that are abnormally shaped. The spine can be twisted causing a corkscrew tail. In mild cases, there are likely no symptoms. However, in more severe cases you may see weakness of the hind limbs and an inability to control the bladder and bowel movements.

Brachycephalic Respiratory Syndrome: Brachycephalic is a fancy term used for flat faced breeds. Since their faces have been essentially smushed in, everything that you do not see has also been smushed in and this causes breathing problems. Signs of this condition include snoring, loud breathing, panting, gagging, and exercise intolerance.

Stenotic Nares: Stenotic nares are essentially nostrils that are too narrow and therefore do not allow the animal to breathe as it should. Signs of this condition include difficulty breathing, discoloration of the gums, exercise intolerance, and fainting.

Elongated soft palate: A French Bulldog can be born with a longer than normal soft palate which is the tissue at the back of the mouth. If this tissue is too long, it will block the windpipe making it difficult to breath. As this condition goes along with Brachycephalic Respiratory Syndrome, the symptoms are snoring, loud breathing, panting, gagging, and exercise intolerance.

Now that you know some of the common health issues associated with French Bulldogs, how can you ensure your French Bulldog puppy does not suffer from these ailments? Well, the short answer is that you cannot. However, there are some tips and tricks to help you lessen the chances of your puppy having these conditions.

The first thing to look for to lessen the chance of your puppy developing the breathing issues listed above is open nostrils. The narrower the nostrils, the more likely your frenchie is going to have breathing issues associated with Brachycephalic Respiratory Syndrome. Therefore, you want to look for a puppy with more open nares. Second, look at the gums to make sure they are pink in color. A blueish tint could indicate breathing issues. Third, investigate the ears to be sure there is no redness present since redness could represent an ear infection and the potential for allergies. Fourth, look at the eyes to make sure they are clear. If they are red and watery, this could be an indication of a myriad of health issues. Finally, check their tail. If they have a very pronounced cork-screw tail, this could be an indication there is a problem with their spine and could lead to expensive veterinary bills in the future. You also want to be weary of the presence of what seems to be no tail at all since this could be an indication of the tail growing into the puppy instead of growing straight. A final tip is to play with your puppy when first meeting him or her to be sure that their breathing is not excessively labored.

Do not be afraid to ask the breeder questions about the puppy’s DNA and genetic history. There is nothing wrong with asking for DNA testing and/or a health history. Many puppies may also come with a health guarantee. The most important thing you can do when purchasing your frenchie puppy is start your search by finding reputable breeders. If you are interested in learning how to avoid puppy scams, read an earlier post I wrote entitled “How to Spot a Scam when Buying a Frenchie Puppy.”

Good luck with your search for the perfect frenchie puppy! If you have additional tips and tricks for future frenchie parents, feel free to leave a reply below.

Save an Extra 5-10% on Every Autoship order with Chewy!

Shop at The Frenchie Store!