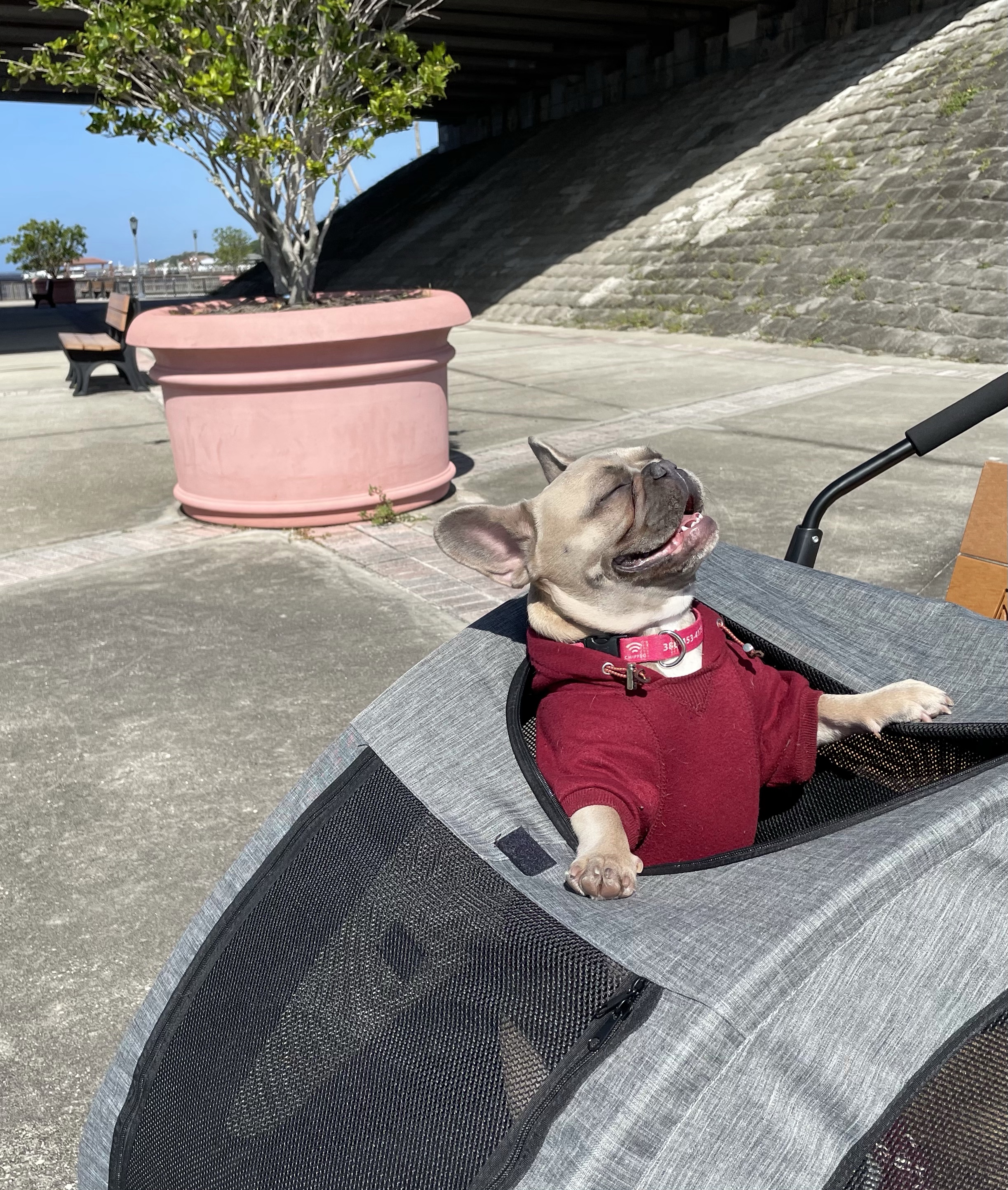 Have you ever watched a specific behavior your frenchie was acting out and thought “Wow, that was very human-like?” Well, there is something to that! Dogs and humans may have more in common than you think.

While observing the interactions between my two female frenchies and while observing the interactions between my females and my male, I cannot help but make comparisons to human behavior. Both girls will share toys with Dozer and happily play with him. However, they are territorial over their toys with each other. Molly absolutely will not let Harley take a toy away from her. Both Molly and Harley play well when they are one-on-one with Dozer and they play well with each other when Dozer is not around. This behavior is intensified when the girls are in heat. If Dozer and Molly are playing and then Harley starts nipping at Molly, Molly will become very agitated and lunge at Harley. This leads me to believe that adding the male (in this case, Dozer) into the mix changes the dynamics of the relationships. With human behavior, females are known to compete for the attention of males and males are known to compete for the attention of a female. Is this what is causing the changing dynamics when Dozer is around? Do Molly and Harley compete for his attention? I do think so.

What other human-like traits do frenchies have? Well, for one thing, they pout. Yep, they will lay down, huff, and pout if they do not get their way. The areas of the brain that control emotions are very similar in dogs and humans and I do believe that frenchies get their feelings hurt.

Another commonality is that dogs love food just like we do. Interestingly, recent research has shown that the microbes in their digestive systems are the same as ours. Just like in humans, these microbes function better in healthy dogs than they do in obese dogs. So, not only do we have social and emotional similarities, we also have physical similarities.

Dogs and humans have been evolving together for an exceptionally long time and have developed an understanding of each other. The best example of this understanding is the fact that dogs look where you point. You can point to an object and the dog will look in the direction you are pointing. There are other animals, such as elephants, that understand pointing. However, no other animals understand our gestures like our canine companions do.

Take some time to just sit and watch your dog’s behavior and how they react to certain situations. If you really pay attention, you will see that your frenchie really isn’t that different from you.