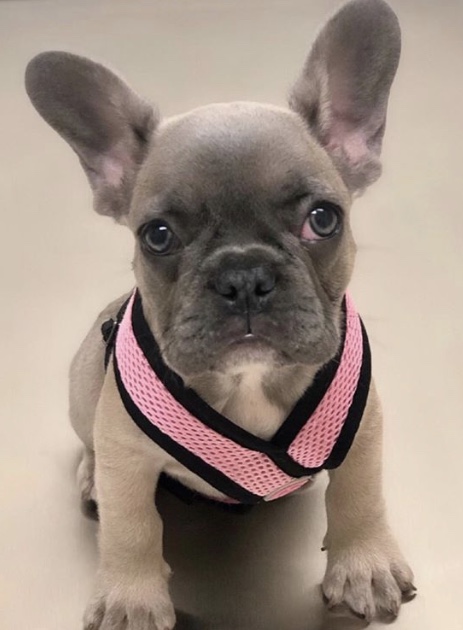 People are buying French Bulldog puppies more now than ever despite the high price tag. This also means that people are getting themselves into bad situations and losing hard earned money now more than ever. It is too often that I see someone post on social media they were scammed out of their deposit money. They send in a deposit via some money app just to be blocked right after the transaction goes through. Many legitimate breeders also ask for a deposit. So how can you tell a legitimate breeder from a scammer?

What is most important in weeding out scammers is knowing the right questions to ask.

The first question to ask is “Can you call me, or can we Face time?” If they say no or keep skirting the issue, they just might be a scammer.

The second question you should ask is “Can you send pictures of the puppy from different angles?” If they only have one or two pictures of the puppy, that may be because they have stolen the images from a legitimate breeder’s website. You can also ask for a picture of the puppy with a piece a paper by it displaying today’s date on the piece of paper.

With all this being said, a breeder may be uncomfortable with calling you or may be having problems taking pictures. Even so, if you ask all these questions and they are unable to call or Face time, they only have two pictures of the puppy and will not provide the specific pictures you request, AND are unable to produce pictures of mom and dad, then you most likely have a scammer.

It is also a good idea to ask for referrals and ask around to see if anyone has dealt with that breeder in the recent past. Look up their website, Facebook, and Instagram to see if everything seems legitimate. How long has their Facebook been open? Do they post a lot and do people respond to their posts? Do you see them corresponding with other people who have purchased puppies from them previously? Does their Facebook page have a lot of followers? These are all questions to ask yourself when reviewing their Facebook page.

Now what? You have done everything I mentioned above, and you may be thinking to yourself “They seem legitimate, but should I send a deposit?”

Should I send a deposit?

You must be incredibly careful when sending a deposit to purchase a puppy. As I mentioned, many reputable breeders ask for a deposit to hold a puppy so they don’t lose out on selling the puppy to another buyer. However, there are some things you can look for. For example, how are they asking you to send the deposit? If they are asking you to wire the funds or send the deposit via gift card, that is a huge sign they are a scammer.

I have personally not paid a deposit for my French Bulldogs. I found local breeders, went to pick up the puppies, and paid them at the time I picked up the puppies. However, you may be required to pay a deposit. Just make sure before you pay a deposit, you have completed your research to ensure the breeder you are dealing with is indeed a legitimate breeder. It is also important to use a money transfer option where you can get your money back unless you know the breeder personally. Many cash apps do not have this option. Once the money is sent, there is no getting it back.

How to spot a legitimate breeder

A legitimate breeder will maintain constant contact with you. They will answer all your questions and send you pictures when you ask for them. They will not say “Trust me.” When you ask for pictures and they do not send them, then say something to the effect of “Why, you don’t trust me?” that is a definite sign you are speaking with a scammer. Legitimate breeders typically have a Facebook page that has many followers, many posts, and constant dialogue between them and their followers.

There are many French Bulldog groups on Facebook which scammers seem to target. However, these groups are good resources to use to talk with other frenchie parents. Asking others which breeder they used is a good idea. Just remember, that person on the other end of the computer or phone that you don’t know could also be starting a scam. So, talk to many people, ask many questions, and do your research. If you still feel uncomfortable or unsure after your research is complete, check out the French Bulldog Club. Their site has lists of reputable breeders.

On a final note, if you have been scammed, be sure to report it to the Better Business Bureau or the Federal Trade Commission so other people will not be caught in the same scam you were.

If you have suggestions of additional ways to spot a scammer or to spot a legitimate breeder, feel free to leave a reply at the bottom of this page.