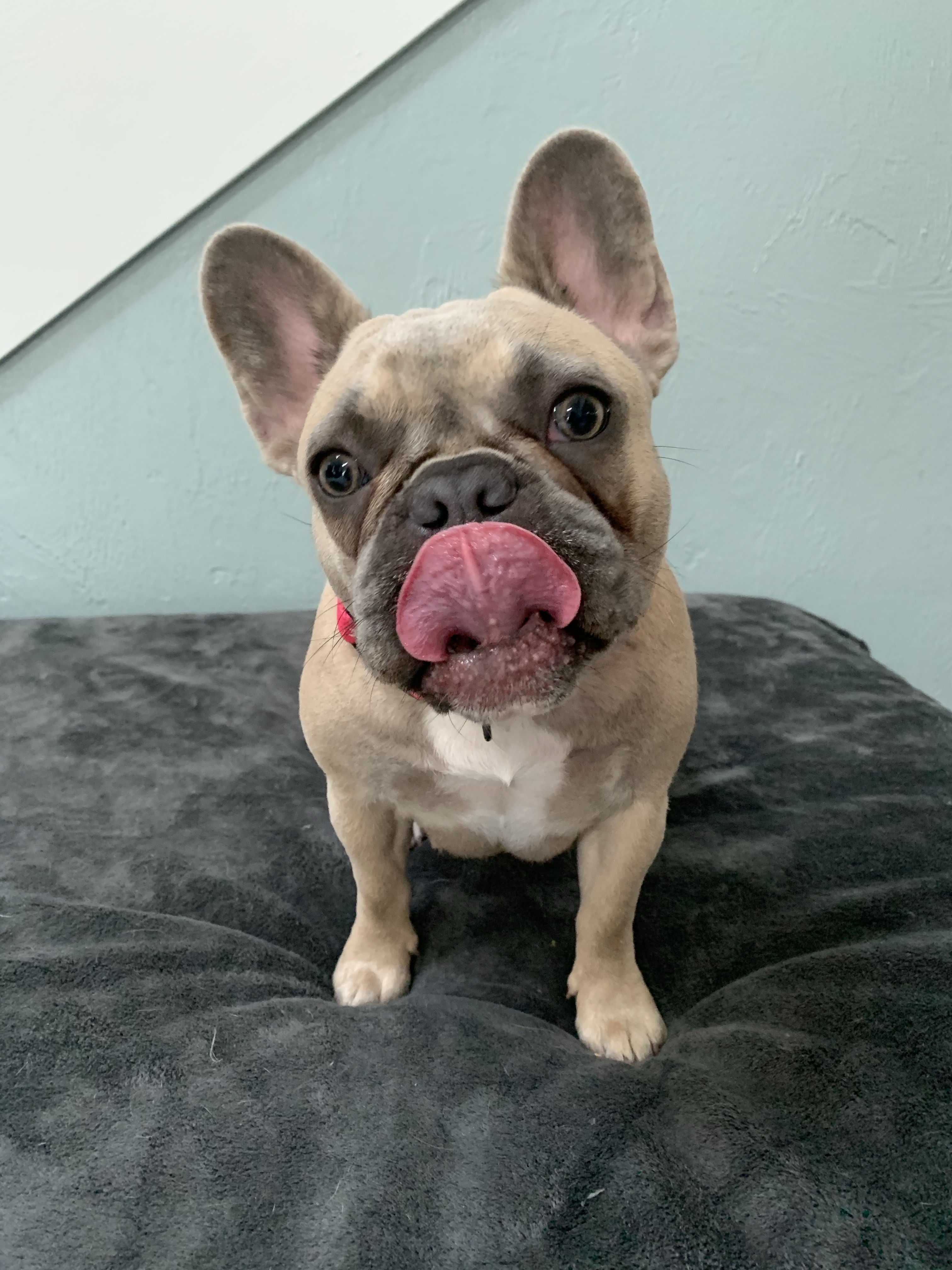 Food aggression in our pets can be frustrating. However, it is important to remember that it is normal canine behavior. Food aggression is also called food guarding. Guarding resources comes naturally to dogs since, in the wild, they have a higher chance of survival if they guard their resources such as food. Although food guarding is not abnormal, it is also not a desirable behavior and definitely not a behavior we want to encourage or worsen since a person or another pet could get harmed.

Most of the discussions about food aggression I have seen focus on aggression towards humans. However, your pet could only be guarding food from the other dogs in the house which was what was happening in my case. Dozer and Molly always ate together simply fine. When Harley came into the household, feeding time changed a bit. If you recall from earlier posts, I raised both Dozer and Molly since they were ten weeks old. Harley did not come into our household until she was six months old. Therefore, I am not sure where the behavior of food guarding started with her. The first sign of food aggression I noticed in Harley was her blocking Molly from eating. She would run over to the bowl and stand between Molly and the food bowl. In the beginning, there were a couple of small altercations between Molly and Harley over the food, so I started feeding them separately. I will get more into this later. First, let us talk about the signs of food aggression.

What are the signs of food aggression?

The signs of food aggression can be mild or severe. Harley shows mild signs of food aggression. For example, when she is guarding her food from Dozer and Molly, she will stiffen her body and walk in front of the food to block Dozer and Molly from eating. Food aggression can cause dogs to lunge, growl, or even bite. Biting, of course, is the most severe form of food aggression. Thank goodness I caught the early signs from Harley, and we didn’t get to that point. Some of the less severe warning signs are stiffening of the body, holding the ears back, and hovering over the food bowl. Since I immediately noticed these less severe signs early on in Harley, we never really had an incident and I have been able to work to reduce her mild guarding behaviors.

Food aggression can be caused by a dog being territorial, showing dominance, or resource guarding. In dog packs, the alpha always eats first so if a dog is dominant, they will guard the food so the others do not get to eat first. As I mentioned earlier, it benefits dogs in the wild to guard their resources. Food aggression can also be caused by anxiety, so it is important to watch your dog’s body language to see if they seem anxious. If they do, you need to figure out what is causing the anxiety and work to turn whatever is causing their anxiety into a pleasant experience.

It is believed that food aggression may start as puppies when they all eat out of one bowl and compete for the food. Some puppies may eat more than others and the puppies that are left with less food may grow up to feel they need to guard their food if they are going to get their fair share. From what I’ve seen, it seems that most breeders do feed their litters out of one bowl. I am sure this is done out of convenience. However, I would love to see a shift in this practice to feeding all the puppies from separate bowls. So, what can you do when your dog is showing signs of food aggression or food guarding?

What can I do about food aggression?

It is always important to secure your position as the pack leader. This does not mean that you take food away or punish them in any way. As a matter of a fact, it is quite the opposite. You want to make the dinner time experience a better, more enjoyable, and welcoming experience. When I say you need to secure your position as pack leader, this means that you eat first. In the wild, the alpha always eats first.

If you have a mild case of food aggression and it is easy to feed your dogs separately, that is your answer. I did have a mild case myself. However, I have four dogs and to feed them all in separate rooms, while not impossible, would make things a bit difficult. So, I decided to take the behavioral modification route.

Before modifying a behavior, it is important to figure out the reason for the behavior. Are they defending their territory, are they attempting to assert dominance, are they fearful that they may not get to eat? Do they run over to the bowl when another dog goes near it like my girl does? Or are they more aggressive, growling, lunging, or maybe even biting? If they are guarding the food from humans, you need to create a positive association with humans being near their food. If they are guarding the food from other dogs like Harley is, you will need to begin creating a positive association with the other dogs nearing the bowl.

I started by feeding Harley in a separate room but where she could still see the other dogs. I sat next to her while giving her positive affirmations. After about a week of this, I started feeding Molly in the same room as Harley since Molly was who she was guarding the food from the most. I would hand feed them at the same time while continuing positive affirmations (telling them they were good girls). Placing their favorite treats in the bowl is a good positive reinforcement method helping them to relate feeding time as a positive experience. You may want to place several treats in the bowl a few seconds apart while the dogs are eating calmly together and not displaying any of the guarding behaviors. If your dog is aggressive towards other dogs, make sure to reward when the other dogs are near the bowl and your dog is remaining calm. It is important to only provide that positive reinforcement when she is calm. Don’t reward her if her body language is stiff or guarding in any way. If you do, you will be reinforcing the guarding behavior.

Just like consistency is important in training, consistency is also important in feeding. If the reasoning for the food aggression is anxiety over when the next meal is coming, then feeding the meals at the same times every day is of the utmost importance.

Another tip in addressing the food guarding issue is having your dog perform a certain behavior to earn the food. For example, have them sit and stay until you say it is okay to eat the food. If you must leash her to sit and stay at first, that is okay. Just make sure they understand that they have to sit and stay before they can eat their meal. This helps them to view the meal as more of a reward.

Be sure to provide plenty of food so your dog feels less of a need to guard it. However, do not free feed. Free feeding is not good for dogs with food aggression. Take it slow when using any of these methods and do not punish your dog or take her food away. If the reason for the guarding is fear of not being fed, you will only be reinforcing the guarding behavior. Remember frenchies are very smart and it is up to us to teach them what we expect from them.

Modifying the behaviors associated with food aggression is just like modifying other behaviors. You will get the most productive results from using positive reinforcement methods.

Lastly, if the food guarding behaviors are extremely aggressive, it is a good idea to consult with a dog behaviorist.